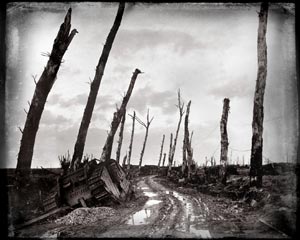 McCRAE WAS BROKEN by the Somme. He was suffering from typhus when the battalion returned to the line at the beginning of August and was powerless to prevent the remnant of B Company being destroyed in a pointless attack on the Intermediate Trench, near High Wood. A few weeks later he was sent home. His replacement, Lieutenant-Colonel Arthur Stephenson commanded the battalion with distinction for two further years, noting (without resentment) that in spite of Sir George’s departure, it would always be ‘McCrae’s Own’.

Stephenson’s first major engagement with the 16th was at Arras in April 1917, followed by the actions at Roeux and Hargicourt and the muddy October struggle at Poelcapelle, where the last of the old battalion was lost. In 1918 McCrae’s were twice at the sharp end of Ludendorff’s spring offensives, first at Croisilles on the Somme and then on the Lys, where the battalion fought a magnificent rearguard action, delaying the German advance until it ground to a halt on the high ground south of Ypres. During the latter engagement Stephenson had to take over at brigade, so the scattered battalion was effectively commanded on the ground by its young Regimental Sergeant-Major, Annan Ness. Perhaps the least gifted of Hearts’ footballing volunteers, Ness had turned out to be the most accomplished soldier in the bunch. He was rewarded with a battlefield commission and the lifelong admiration of everyone who knew him. 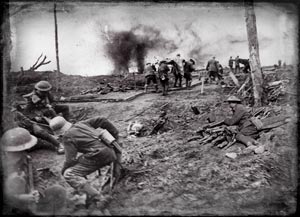 It was said that Sir George never really recovered from his illness – or from his experiences on the Western Front. He was invalided out of the Army and resumed his position in George Street, where he watched the papers for scraps of news and stalked the postmen for precious letters from the front. After the Armistice he worked tirelessly to help battalion survivors find employment and assisted battalion widows and dependents with complex pension applications. During the 1920s his efforts to return to politics were thwarted by poor health and the electoral decline of his beloved Liberal Party. On 11 November 1928, from the fireside of his home in North Berwick, he wrote a short note to D.M. Sutherland, who had enlisted as a private in McCrae’s in December 1914 and who won the Military Cross as a captain with the battalion in October 1917:

In the flames I see the faces of my boys. So young and full of promise. The sorrow and the pride are overwhelming. Sorrow at the loss and pride in the manner of their dying. They never flinched. Faced by a veritable storm of shot and shell, they marched towards the guns beside their friends. In remembering them, we must acknowledge our debt and find some way to justify our own lives so that when we meet our comrades in that better place we are able to say with a brave heart that we did not let them down.

Five weeks later, in the same chair at the same fireside, fifteen years to the night since his wife’s death, Sir George passed away. He was buried beside Lizzie in Edinburgh’s Grange Cemetery. 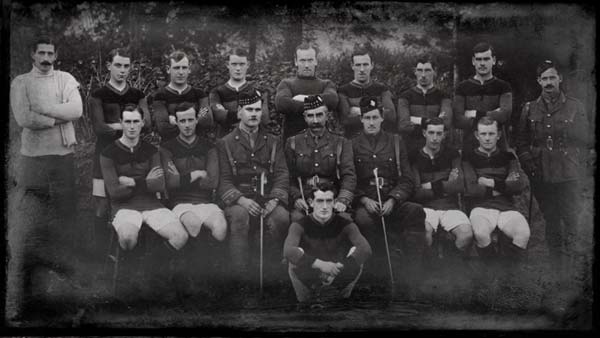